In the previous post, we learned about the fascinating life of author Dr. Sabine Lucas. Part 2 of the interview explores the idea that everything is connected through the quantum field, why past life healing work is important, and how we can move forward as a collective.

“As far as I know—and I am far from being a physicist—the quantum theory has many different aspects to it. The only aspect that has any bearings 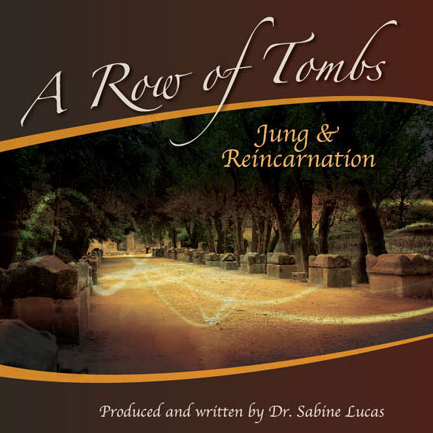 on past lives is the hypothesis that time is not an absolute. According to quantum physics, what we call time is really quantified eternity.

It is pretty clear that past lives and past life memories exist in a timeless zone outside of 3-D reality. In this timeless zone, past, present, and future are one. This means that what we did in the past, affects us in the present. And what we do in the present affects our present as well as our future. This also applies to the concept of karma. By clearing old karma in the present, we redeem our past and salvage our future.”

Do you think that the concept of karma is changing?  In much literature, it seems to be portrayed as a punishment or punitive cause and effect. Is that too narrow a view?

“Yes, I think it’s too narrow an interpretation and also a too simplistic one. I don’t think that punishment is the ultimate purpose of karma. It’s more complicated than that. Most past life therapists would agree that our past lives are organized around opposites. Jung found the same opposites in the basic structure of the human psyche. I don’t know if he saw the connection between this and the way we incarnate, but if he did he certainly kept it to himself. But these opposites are clearly observable in the bloodlines of the soul and the reincarnational history we have.

If we do bad things in one life, such as being  a victimizer, then we have to be a victim in another life in order to experience the other side of the coin. That’s what completes the gestalt of this particular victim/victimisor theme.

The oversoul explores different life themes in the 3-D world, so its goal would always be completion. This means that we have to experience everything from all different angles in the course of our reincarnatonal history. We have to switch roles of necessity because this is the only way for the evolving soul to get the whole picture. The connecting link between these roles is karma, in my opinion. Personally, I don’t see this role-switch as a punishment, although most people do and it has been the traditional understanding for thousands of years.

But I also don’t think, as I say at the end of the film, that we can spirit karma away with mantras and meditation, as some New Age apostles propose. I don’t believe this at all. That’s magical thinking. Wishful thinking, too. ‘If only I say this mantra, or do this visualization my bad actions in this and other lives are going to be spirited away’ No, this is just another illusion.”

What is your personal approach to past life work in your analytical practice? Why is it important to know about past lives?

My own approach to past life therapy is a passive one to begin with. Neither the client nor I initiate past life explorations. The Jungian approach to the unconscious has traditionally been an allowing one. The unconscious calls the shots,  not the client’s or the therapist’s ego.  So if the dreams bring up past life material, I work with it, because I know that the psyche is ready. And only then do I become active and encourage the client to become active also. I always suggest background research to my clients at this point. Sometimes I help them do that.

This stimulates more information to come up from the unconscious, and often the unconsciousness will respond with more dreams. Only if the information remains sketchy will I help the process along with a past life regression, using my strobic color light instrument. An important part of my work is to give guidance on how to integrate the material and bring it into balance with the ego personality.

People would come out of the week’s intensives energetically drained and overwhelmed. If I asked them how they were feeling they would say: ‘Oh, I feel overwhelmed and confused.’  There would never be a follow-up to the past life regressions and clients were basically left to their own devices. Under these circumstances you either forget the whole thing, because it is too much for you to handle, or you start identifying with one or the other of these past lives. This is not supposed to happen, because our present life has a blueprint which we are meant to follow. We cannot abdicate the driver’s seat to a past life and try and live that life all over again. It defeats the whole purpose of our present incarnation. Past life material requires fine-tuning, and that’s what I do.”

I know when I started identifying with some of my own past lives, and the material was coming up for me, I found it was so easy to get caught in that space, mentally because it’s fascinating and it’s new and can maybe help explain why one has certain interests or draws toward geographic locations and interests. And, there’s this excitement about wanting to learn more and wanting learning the details of these past lives, but I don’t think people are supposed to get stuck in the past. Can you speak to this?

“To get sucked into that space is actually part of the integration process. Everything that comes up from the unconscious first has the tendency to take over, to become dominant for a while, but it mustn’t stay that way. What you need in the end is to remain aware of these past lives and be able to draw on their abilities. But you’re not them. They are an aspect of you. They are all equally alive in you. They are part personalities. And probably you are a part personality of them, too.”

“So you know from your own experience that it can be tricky and this process needs fine tuning. Apparently you have managed to do that, but other people haven’t been able to.”

Maybe that comes from having good information on the topic, which is why this interview is so exciting and important! If people are having these experiences, or want to learn more, or want to open themselves so that unconsciousness material can come through, it can be very valuable to the present time to have that integration.

“It’s also been my experience that once my book came out, I was getting all these e-mails from strangers who wanted me to tell them if they had been famous personalities in their past lives.  I’m not a past life reader, of course, but know some dowsing techniques that indicate energy matches. If I said no, they sent me pictures of somebody else who was equally famous. They were playing the celebrity card. That enters the scene, too, and that’s not what this work is supposed to be about.”

I think that’s very much a 21st century cultural and social fascination.

“Absolutely. And then, of course, if they actually were famous in one of their past lives their ego gets all puffed up about it even though they can’t take credit for any of it.”

Going straight to the ego is very telling, psychologically.

“It creates an ego inflation. That’s why I feel integration is so important.”

Knowing these things and knowing there are all of these connections…I named my blog “Everything is Connected” and my monthly newsletter “Fields of Dreams” because this represented the themes with which I work. These ideas overlap with the quantum, with past lives, with the auric field, and also how the present time is unfolding.

When you hear the phrase “Everything is Connected” what comes to mind for you?

“Unity consciousness. And you know, this idea is thousands of years old. It has only currently resurfaced again in connection with the quantum field theory and has been propagated by new age apostles like Michael Brown as a new discovery and a secret. But actually it isn’t such a secret at all.

In the 18th century, which was the Age of Rationalism it disappeared for a while and then came back again in the 19th century during the Romantic period, where it took the form of Pantheism. According to Pantheism, God is immanent in nature and in everything that exists, including man. So God is the unifying principle in all that is.

Now it’s resurfaced again in connection with the quantum theory. It seems to follow a pattern of emerging from the collective unconscious into consciousness, and then disappearing again and going underground until the social climate allows it to resurface. This means there is no guarantee that we’ll be able to hold onto it this time either. I hope we will, because I think it’s the truth, but history has a mind of it’s own.”

That’s so fascinating the way you have described that. Do you think that as we’re dipping in and out of this unity consciousness, that we’re shifting and moving into a higher vibrational space?

“I do. Maybe the Aquarian age will help to anchor it in the collective consciousness so that it will stay. I really hope so, because it is part of my worldview I hope we can hold onto it and there isn’t going to be a countermovement again.”

I typically don’t think about ascension as having a countermovement, I’ve always thought about it as similar to stepping up a ladder, but if we look at a historical context, the pendulum has been swinging back and forth, hasn’t it?

“It certainly has. And we don’t know the future, but this doesn’t mean that we don’t have to do consciousness work right now. The vibration is definitely changing. I’m energy sensitive and I have done dowsing for about 30 years, so I know that our energy is shifting And the planetary energy is shifting too. The planet is actually forcing us into the new vibration.”

I hope you’re right, I hope we can hold it!

You can view the trailer for A Row of Tombs, by clicking here.

You may contact Dr. Lucas about arranging film screenings for A Row of Tombs in your area, by visiting her website.